We are honored to continue providing excellent service to the home owners of San Diego County. San Diego Foundation Repair carries the required amount of Worker’s Compensation and General Liability insurance and is a member of the Better Business Bureau with an A+ rating. 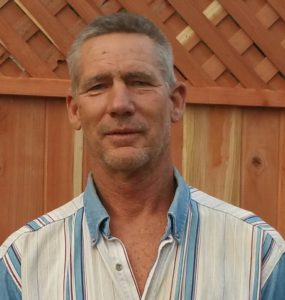 Tom grew up in San Diego, graduated from La Jolla High School in 1976, and earned a Bachelor’s Degree in Geology from Cal (UC Berkeley).

After working offshore California on the oil rigs, he returned to San Diego in 1985 and began working in the foundation repair industry for a general contractor and civil engineer. Tom found a home with Atlas Footing Repair, Inc. in 1991 working in the field as a laborer, and then foreman. In 2006, Tom obtained his Contractor’s License and took a three year hiatus to build his own home in Alpine and worked in other facets of the construction industry. Upon his return to Atlas, Tom assumed project management and estimating responsibilities, including working with local civil engineers and subcontractors. Tom’s overview of the entire scope of the project coupled with his field experience and attention to detail leads to the success of each project.

Tom enjoys any activity that involves being outside. His Christian faith has allowed him to build homes and relationships throughout San Diego and Latin America. Tom has been married to his beautiful wife Angela for 15 years and has a son, Luke, currently studying I.T. at Cal State San Marcos. 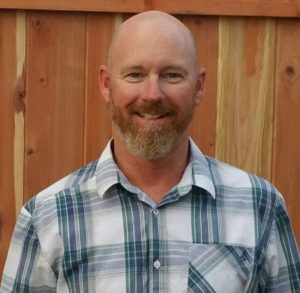 Being a native San Diegan, Jason loves his city. He wants nothing more than to make his community proud of the work we do.

Jason has been working in the foundation repair and concrete industry for 29 years. He began working for Atlas Footing Repair, Inc. in 1992 at the age of 20. Jason started out as a laborer where he proved himself to be a hard worker and fast learner. With the owners taking notice of his dedication and desire to advance, he was soon put in charge of his own jobs as a Foreman, which includes laying out the jobs, overseeing the laborers, readying the project for inspections from the city and engineers, and making sure to communicate clearly and respectfully with the homeowners.

In 2016 Jason found himself in a position to take his on-the-job education with him to become a partner of his own foundation repair company. San Diego Footing Repair, Inc. is a dream come true and proof that hard work and dedication pay off. Jason continues to hold the position of Project Supervisor and oversees the foremen and crews from job start to finish.

Jason not only has the support of the long time owner of Atlas, he also has a family who drives him to be the best he can be. He is the proud father to two wonderful daughters with his amazing wife of 14 years.

Michele was born and raised in San Diego and graduated from Santana High and Grossmont College. At the age of 16, Michele began working after school and was taught accounting and payroll processing by hand, before computerized accounting was commonplace. In 1994, she joined a company that would later prove to be more like a family, Atlas Footing Repair, Inc.

For over 22 years, Michele worked closely with Jan Fisher and Chico Leonard and learned a lot about the foundation repair industry. In addition to bookkeeping, Michele began to work closely with local engineers and handling the preparation and submittal of permits, as well as providing a knowledgeable and friendly voice to homeowners and realtors calling with foundation concerns. She is thrilled to continue to serve San Diego County for many years to come!

At home in San Diego’s backcountry, Michele and her spouse Aaron enjoy living the country life. Gardening, raising chickens, and an occasional tractor ride keeps them busy and entertained. Michele has also given back to her community over the years by volunteering for the Fire Department and the Community Planning Board. Throughout everything, the love and support of Michele’s parents has encouraged her to continue reaching for her dreams.